The car initially known just as the "F-car" was born inside GM design studios under the leadership of Elliot M. "Pete" Estes in August 1964. This car was General Motors' answer to Ford's hugely popular Mustang.

Many names were considered for the new car, such as Chaparral, Nova and Panther as well as Wildcat, G-Mini and Gemini. Pictures exist of models wearing the Chaparral and Panther emblems. Pete finally settled on the word "Camaro," which he reportedly found in an obscure French dictionary. The slang French term "supposedly" meant friend, companion or comrade. 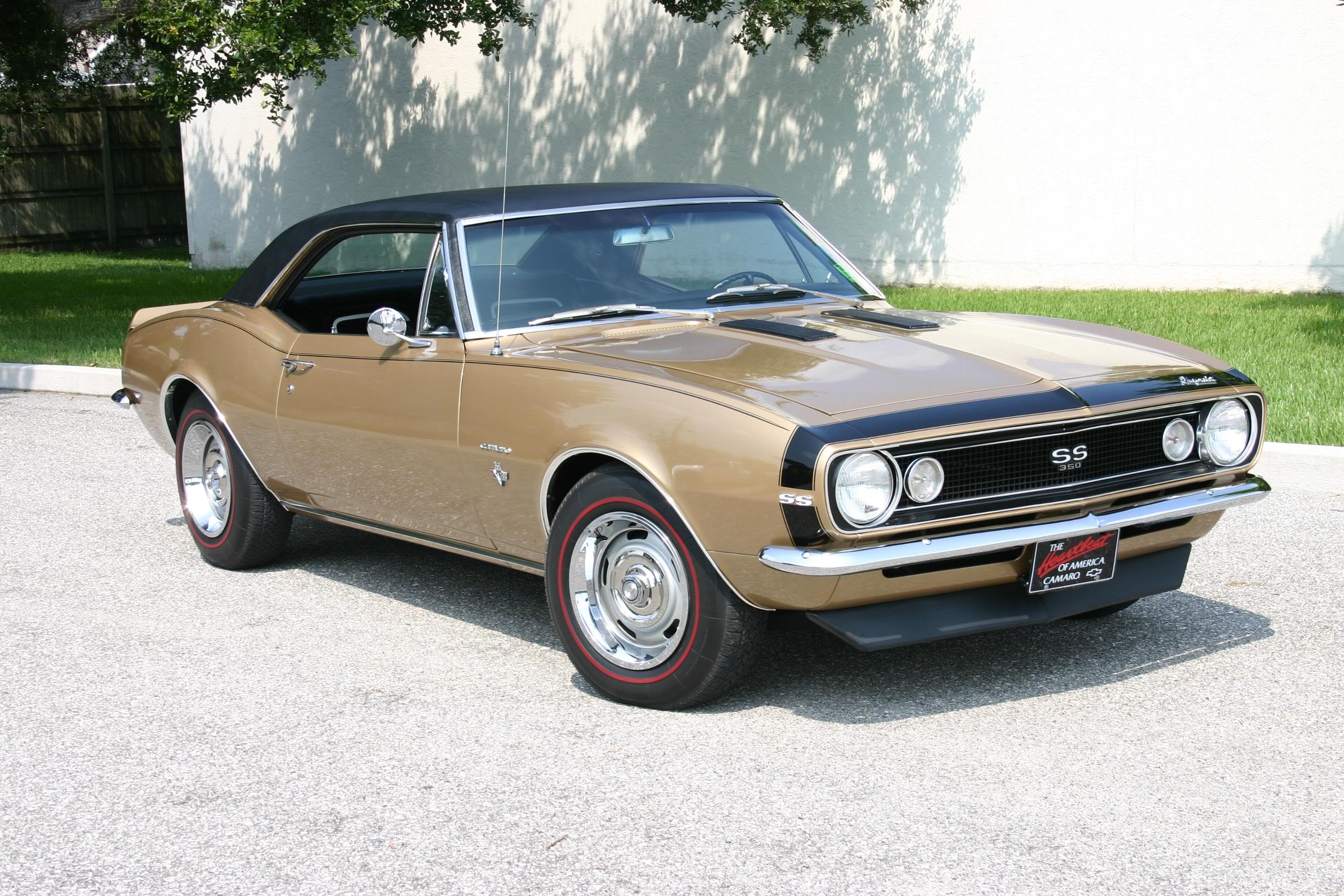 The first generation Camaro was offered for sale to the public more than two full years after the Mustang was introduced. It was available in coupe and convertible form with power teams ranging from a thrifty six-cylinder to the ground-pounding 396 375 horsepower Super Sport big block. The 1969 Camaro engine options carried over the choices of preceding years, with 1969 Camaro horsepower choices, such as 290 horsepower and 350 horsepower, still available. The Camaro could be ordered as simple or as luxurious as the customer wanted because of a huge option list that included amenities, such as an eight-track player and a liquid tire chain dispenser.

The first-year Chevy Camaro came off the starting line fast but still couldn't catch up with Mustang sales. In 1967, GM sold 220,906 Camaros, according to Car and Driver. That number was far behind Ford's sales of 472,121 Mustangs. Still, GM had eaten into its rival's Mustang sales, which had stood at more than 600,000 the previous year. In terms of sales, the Camaro continued to gain ground on the Mustang. Throughout the Camaro's first-gen era, '60s Camaros helped GM whittle away at Ford's pony car lead. It wasn't until 1977, however, that the Camaro finally outsold the Mustang.

From a performance standpoint, the Camaro could be ordered with the Z/28 package, which yielded a high-winding 302 CI engine, and a four-speed transmission that provided a very similar drive train to the SCCA race cars of the time. If drag racing was more your thing, the Camaro could be ordered with your choice of three different big blocks and transmission configurations to get big-block torque to the ground. Later in 1969, the all-aluminum, big-block ZL1 Camaro was introduced for the ultimate drag car.

For the most part, the exterior of the Camaro was the same in 1967 and 1968, however, optional packages such as the SS and the Rallysport did alter the appearance. In 1969, the Camaro became known as "The Hugger," thanks to 2" wider sheet metal on the body and a more aggressive stance. Optional front and rear spoilers and a cowl induction scooped hood accented this cosmetic change. The 1969 Camaro has stood the test of time as being the epitome of the Chevrolet muscle car.

From 1967 to 1969, there were 701,138 Camaros produced with myriad options, interior colors and trim levels. Camaro's first-gen cars are some of the most highly sought-after collectible cars. In January 2020, a 1969 Chevrolet Camaro ZL1 COPO sold for $1,094,500, according to Classic.com. Although this was the best Camaro year in terms of the highest price, the average sales price of a first-gen Camaro is $61,340, according to the website. Given that you could purchase a new Camaro for as little as $2,466 back in 1966, the initial outlay could translate into a handsome return on investment for owners who held onto their cars.

Camaro history has shown it makes good sense to keep yours looking good and running well if you are lucky enough to own one of these classic cars. It's a good thing Rick's Camaros has all the parts and accessories you'll need to keep your first generation Camaro looking good and running its best. Not a numbers-matching collector? No problem! Rick's has everything you need for your daily driver or pro-touring Camaro as well.

The Camaro hit the market with a full-length movie, an off-Broadway play and a clothing line. Due to the marketing frenzy surrounding the first generation Camaro, it paced the Indianapolis 500 in 1967 and 1969.

According to Paul Van Valkenburg author of Chevrolet-Racing?, the D80 rear spoiler option was the first GM option to go straight from the clay model to the production line.

In 1964, GM gave the go-ahead for their very own “Pony Car” to directly compete with the Mustang 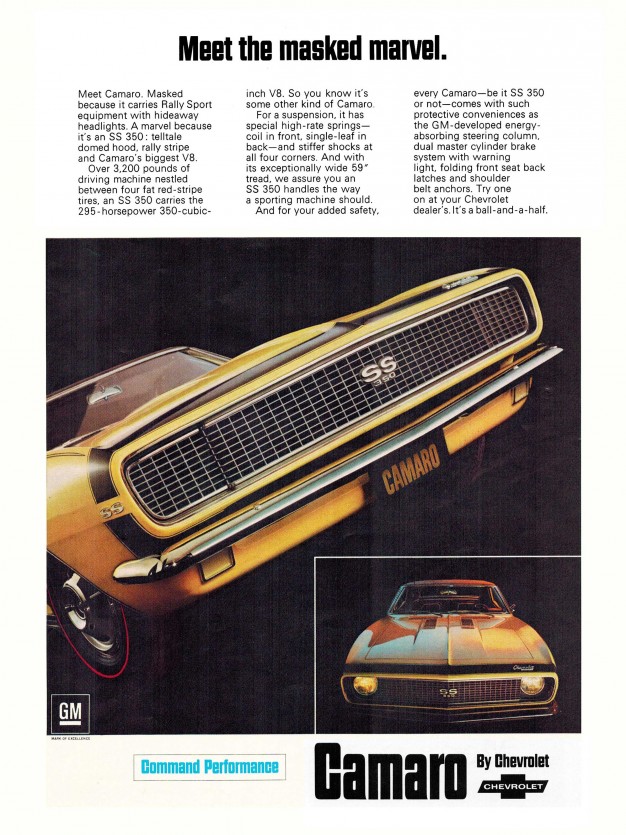